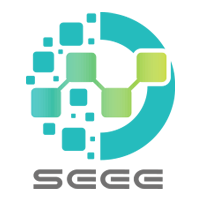 Experience: Prof. Kai Yang, associate dean of School of Electrical and Electronic Engineering (SEEE), Huazhong University of Science and Technology (HUST). Visiting scholar at the University of Leuven in Belgium and visiting professor at the University of Changwon in Korea. In recent years, he has presided over four National Natural Science Fund projects, two major national science and technology projects, one national support plan, one 863 Project, one provincial fund, one international cooperation project, and more than 40 other school-enterprise cooperation projects. He has published more than 200 papers of the first author in the important academic journals at home and abroad, among which 170 papers are included in Sci/ei. There are 25 patents for invention and 38 patents for utility model.

Experience: Prof. Yonghui Li received his PhD degree in November 2002. Since 2003, he has been with the Centre of Excellence in Telecommunications, the University of Sydney, Australia. Li is now a Professor and Director of Wireless Engineering Laboratory in School of Electrical and Information Engineering, University of Sydney. He is the recipient of theAustralian Research Council (ARC) Queen Elizabeth II Fellowship in 2008 and ARC Future Fellowship in 2012. He is an IEEE Fellow for contributions to cooperative communications technologies.

His current research interests are in the area of wireless communications, with a particular focus on IoT, machine to machine communicaitons, MIMO, millimeter wave communications, channel coding techniques, game theory, machine learning and signal processing. Li holds a number of patents granted and pending in these fields.

He has published one book, more than 200 papers in premier IEEE journals and more than 200 papers in premier IEEE conferences. His publications have been cited more than 13000 times, with an h-index of 56. Several of his papers have been included as ISI high cited papers by ESI Web of Science, defined as top 1% of papers in the field. Several of his papers have been the top most 10 most cited papers in the respective journals since the year it was published. He has been listed as AMINER AI2000 Most Influential Scholars in the field of Internet of Things (IoT).

Li has attracted more than $8 million in competitive research funding over the past 10 years, including more than 10 ARC grant.

Experience: Prof. Dr Xu received the double B.E. degree from Tianjin University (TJU), China, in July 2002, and M.E. degree from TJU in March 2005, and the Ph.D. degree from Institute of Electrical Engineering, Chinese Academy of Sciences (IEECAS), in July 2008, respectively, all in electrical engineering. From 2008 to 2011, he had been one Postdoctoral Research Fellow with the School of Electrical, Mechanical and Mechatronic Systems, Faculty of Engineering and Information Technology, University of Technology, Sydney (UTS), Australia. His academic research activities in this period mainly included drive machines for linear metro and plug-in hybrid electrical vehicle (PHEV), which were financially supported by the UTS Vice Chancellor Research Fellowship (one-year), the UTS Early Career Researcher Grant, and two international research grants in China. From 2011 to 2013, Dr Xu had been appointed as one Royal Melbourne Institute of Technology (RMIT) University Vice Chancellor Research Fellow with School of Electrical and Computer Engineering in RMIT University.

Since October 2013, he has been appointed as one Full Professor with School of Electrical and Electronic Engineering (SEEE), Huazhong University of Science and Technology (HUST), China, which is one of Top Level Universities in the field of China Electrical Engineering.

The research topics of Prof. Wei Xu mainly focus on electromagnetic design and control algorithm of electrical machines and drive systems (linear machines, permanent magnet machines, brushless doubly-fed induction machines (BDFIMs), high-speed machines, etc.), DC/DC converters, Back to Back converters, and so on. Till now, some products developed by Prof. Xu and his group have successfully found wide practical applications, such as linear induction machine for Subway or Light Railway, arc (linear) induction machine for direct-driven forge press, permanent magnet synchronous machine for electrical vehicle, brushless doubly-fed induction machine for electrical-driven ship, high-speed machine for flywheel drive system based on back to back converter, DC/DC converter for EV charging, etc. Meanwhile, Dr. Xu had been invited to serve as one Senior Consultant Engineer for new structure axial flux permanent magnet machine with Axiflux Pty Ltd, Australia from 2012 to 2013, and develop high performance PMSM machine in Meiji University by awarding Invitation Japan Society for the Promotion of Science (JSPS) Research Fellow, Japan in 2012. From 2015 to 2019, he had been invited to serve as one consultant technique director for China Changjiang National Shipping Group Motor Factory, and now is leading one Research Team to develop the products of BDFIM drive systems for electrical-driven ship. From 2017 to 2019, he had been invited to serve as one consultant expert for the development of high-speed machines for the flywheel storage system produced by Dunshi Magnetic Energy Technology Co., Ltd. Since 2018, he has led one group to develop free piston linear generator (FPLG) for electrical vehicle.

Dr. Xu is one IET Fellow (Institution of Engineering and Technology), IEEE Senior Member (Institute of Electrical and Electronics Engineers), and also Senior Members for China Electrotechnical Society (CES), and China Power Supply Society (CPSS), since 2018, 2013, 2014, 2017 respectively. Since 2016, Dr. Xu has served as Editors or Associate Editors for more than 10 International or National leading Journals, including IEEE Transactions on Industrial Electronics (IEEE TIE, IF 7.5)，IEEE Transactions on Vehicular Technology (IEEE TVT, IF 5.4), IEEE Transactions on Transportation Electrification (TTE，IF 5.4), IEEE Transactions on Energy Conversion (IEEE TEC, IF 4.5), and so on. Meanwhile, he has served as Lead Guest Editors, Guest Editors, or Guest Associate Editors for International or National leading Journals more than 20 times, including IEEE TIE, IEEE TEC, IEEE JESTPE, IEEE JESTIE, IET EPA, CES TEMS, CSEE, TCES, and so on. Prof. Xu is very active in different kinds of academic activities supported by IEEE societies and international conferences. He has been invited to give Keynote Speaking, Tutorial Presentation, Webinar Speaking in international or national leading conferences for more than 30 times. As one of team members, he has taken part in the organization for several (times) international conferences, including COMPUMAG 2011, IECON 2011, ASEMD 2013, ICIEA 2018, and so on.

Prof. Xu has been the Founder and Chair for IEEE IES Wuhan Chapter, China since July 2018. He is planning to invite some distinguish experts in the field of electrical machines, power electronics, renewable energy, and so on, to give lectures or seminars in Wuhan, one of the biggest city in China, which will help more than 100 IES Members to take part in the IES activities gradually.

For his continuous contribution in the field of linear machine and model predictive control, Prof. Xu has been elected to serve as the General Chair for the 13th International Symposium on Linear Drives for Industry Applications (LDIA 2021), and IEEE International Conference on Predictive Control of Electrical Drives and Power Electronics (PRECEDE 2023), in Wuhan, China, respectively.

He has taught undergraduate courses of "Electrotechnics", "Electronic Technology", "Circuit Principle", "Electronic Measurement Technology" and "System Engineering", as well as postgraduate courses of "Electromagnetic Compatibility Technology" and "Multi-sensor Information Fusion Technology".  He has presided over and researched 2 national Natural Science Foundation of China projects, 2 "973" projects, 1 "863" project and 1 key project of National Science and Technology Support Plan.  He has presided over 6 provincial and ministerial natural science funds and more than 20 horizontal projects.  We have applied and obtained 8 national invention patents.  It has won 5 provincial and ministerial achievement awards.  He has published more than 80 papers in first-level journals such as "Journal of Communication", "Transactions of Electrotechnical Society" and other overseas journals (more than 20 papers are included in SCI and EI core).  Published 2 popular science monographs and 3 experimental textbooks.  More than 70 postgraduate and doctoral students have been trained.